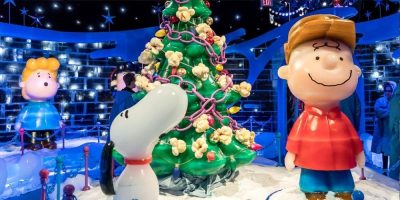 How did this song ever become a classic? It’s kind of a melancholy waltz, and the chords are really complicated. It’s not “Jingle Bells” … it’s jazz!

Its story begins in 1965, when CBS asked producer Lee Mendelson if he could put together a Christmas special in six months.

Jason Mendelson, Lee Mendelson’s son, recalled: “My father called Charles Schulz and he said, ‘Hey, I just sold ‘Charlie Brown Christmas’ to CBS.’ And Charles Schulz said, ‘What’s that?’ And my father said, ‘It’s something you and I have to write over the weekend!'”

Schulz agreed to write the script, but the special would need just the right music – and that’s when Mendelson heard a Vince Guaraldi song on the radio.

Guaraldi was a rising San Francisco jazz pianist; his “Cast Your Fate to the Wind” had won a Grammy. Mendelson thought that it had the perfect sound for Charlie Brown.

The song was just piano, bass, and drums, but Mendelson thought that it should be sung. With time running out, he wrote the words himself.

“Lee just dashed off some lyrics, like, basically on the back of a paper bag or something,” said Cary Cedarblade.

The children’s singing voices belonged to Cedarblade, Dan Bernhard, Dave Willat, and a few other members of the St. Paul’s Episcopal Church youth choir, in San Rafael, California. “It’s fun to work with the kids,” Guaraldi once said. “And this group here is fabulous.”

Correspondent David Pogue asked, “The recordings you made have probably been played and listened to more than many of the biggest pop singers.”

“Yup, this starts to get a little discouraging when you put it that way!” laughed Bernhard. “Because, you know, that $15 ain’t getting any bigger!”

The kids got $5 for each recording session. No royalties – not even their names in the credits.

“I mean, it’s true that things were a little catch-as-catch-can and haphazard,” said Bernhard, “but you got to hang out with people, and it was late at night!”

Once the special was ready, Mendelson showed it to the network executives. As Jason Mendelson explains, they hated everything about it: the music (“What’s this jazz?”), the animation (“This is not what we expect”), the story (“There’s religion in it? And there’s feelings?”).

But the special was a monster hit. It won an Emmy, it’s been on TV every Christmas since 1965, and Guaraldi’s score became one of the bestselling jazz albums of all time.

Guaraldi wrote the music for every Charlie Brown special thereafter, until February 1976.

“He was playing a small little club,” said his daughter, Dia Guaraldi, “and he had gone off for a break. And he hit the ground and he was dead, on the break from the show.”

Vince Guaraldi died of a heart attack at age 47.

Pogue gathered Cedarblade, Bernhard, and Willat – who hadn’t sung “Christmas Time Is Here” together since September 1965 – around the piano: “This is it – the reunion tour!”

Christmas time is here
Families drawing near
Oh, that we could always see
Such spirit through the year

For these three guys, “Christmas Time Is Here” will always be much more than a classic. “I’m extremely proud to have been associated with it,” said Willat. “I think that it’s gotten better with age. I mean, thank goodness Linus reminds us every year what Christmas is all about.” 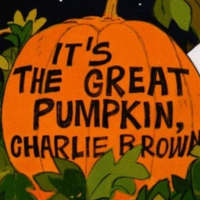