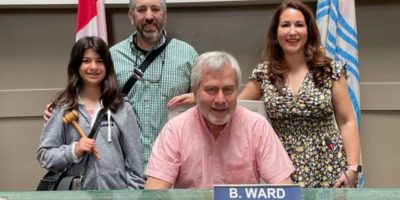 After 22 years as a city councillor, Barry Ward has decided he wants to be mayor of Barrie.

Ward tweeted on Wednesday that he filed his papers.

I have filed my papers to run for mayor. Official announcement today at 2 p.m. at Bohemia, 125 Dunlop St. E. All are welcome.

Ward was to make the announcement official at an event downtown at 2 p.m.

For a brief period, he filled the role as acting mayor when Jeff Lehman ran unsuccessfully for the Liberals against MPP Doug Downey in Barrie-Springwater-Oro-Medonte (BSOM) during the provincial election.

The municipal election is in October.