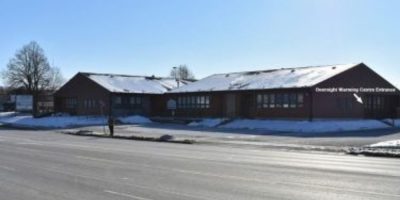 Thursday is the last day two warming centres operated by the John Howard Society of Simcoe Muskoka (JHSSM) will be open in Barrie.

Both facilities opened in late January and operated seven days a week. The daytime operation was at Trinity Anglican Church, the overnight centre was hosted by Catholic Family Services of Simcoe County on Anne Street.

Prior to the opening of the warming centres, the city offered the transit terminal as shelter when Environment Canada issued an extreme cold warning, which meant the wind chill would be at least minus 30 Cel. City council later changed the threshold to a wind chill of minus 20 Cel.

Executive Director Suzanna McCarthy says except for the initial stage, the overnight centre was always at capacity. Due to COVID-19, only six spots were available. Had capacity allowed for it, McCarthy feels the numbers would have been higher.

During the day, McCarthy says they had 100 and 165 visits per week at Trinity Anglican Church and could accommodate 13 individuals.

“It highlights the fact there’s a need for options in the community,” she said. “There’s a need for people to come and access services and get that drop-in support where they can connect with a service provider.”

The cost to operate the warming centres was just over $64,000. The City of Barrie and County of Simcoe each chipped in $20,000. The rest was covered by various donations, including $10,000 each from a private donor and the Peggy Hill Team Real Estate Group.

As for next winter, bases are already being covered.

The Ripple of Kindness Barrie group has put nearly $28,000 on the table.

She added that the city and county are exploring options, and the JHSSM is hoping to again use Trinity Anglican Church as a daytime warming centre, but that is in the exploratory stage.

Not everyone can or is willing to access the shelter system, so McCarthy feels the warming centres are a great demonstration of a collaborative effort by the community and service providers.

The County of Simcoe is responsible for prevention and homelessness services in Barrie. Funding is provided to Youth Haven, the Busby Centre, Elizabeth Fry Society and the Salvation Army’s Bayside Mission.