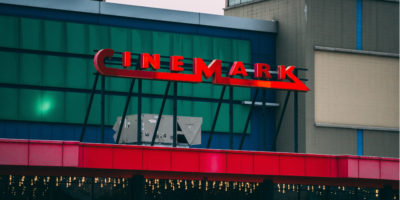 Though it opened at number 1, Men In Black International’s domestic gross over the weekend was only $28.5 Million. It fared slightly better in the foreign box office, pumping its total earnings up to $102 million against it’s $110 million budget. It might be best for Sony and Columbia to hit themselves with the neuralizer and forget about this movie.

Dropping one spot to number 2, The Secret Life Of Pets 2 pulled in another $23.8 million in the domestic box office this weekend. Including it’s foreign box office numbers that brings its total up to just over $154.5 million. With the movie only being in it’s second week in theatres and a budget of only 80 million, it’s safe to call this one a win for Universal.

Aladdin has been in theatres for nearly a month and is still occupying a spot in the top 5, holding firm at number 3 with $16.7 million this weekend. It’s no surprise that Aladdin has almost made its $183 million budget back four times over with $724 million in worldwide box office gross. Modern Disney remakes are a cash cow that will be filling the bucket for a long time.

Dark Phoenix is losing momentum fast, and for a movie that didn’t have a lot of momentum to begin with, that’s bad news. It fell 2 spots to number 4 tacking $9 million onto its $204 million worldwide earnings. Dark Phoenix is not seeing the domestic numbers it was hoping for but is being helped by stronger foreign box office numbers, just barely making its budget back heading into its third week.

The difference between a success and a failure is often the budget and Rocketman is a perfect example of that. While it only ever reached a number 3 spot and fell to number 5 this week, it added $8.8 million to its $133 million worldwide gross. However, with a budget of only $40 million, Rocketman has been a huge success for Paramount and still has a few more weeks to earn.