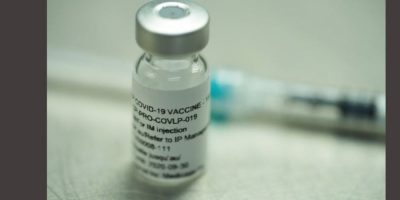 The World Health Organization says it expects to reject the COVID-19 vaccine candidate from Canada’s Medicago because of the company’s ties to big tobacco.

The two-dose Medicago Covifenz vaccine was authorized in Canada last month for adults between 18 and 64 years old.

Medicago also applied for an emergency use licence through the World Health Organization, which would allow it to seek contracts for sale in a number of other countries as well as to the COVAX vaccine sharing alliance.

But Dr. Mariângela Simão, WHO’s assistant director general for drug access, vaccines and pharmaceuticals, said Wednesday the WHO has strict policies about engaging with tobacco companies and arms manufacturers.

Medicago is a Quebec-based company that is partially owned by tobacco maker Philip Morris International.

“So the process is put on hold,” Simão said at a WHO media briefing. “It’s very likely that it won’t be accepted for the emergency use licence.”

Medicago President Takashi Nagao said in a written statement that Medicago has not had an “official communication” from the WHO.

“It is our understanding that this decision is linked to Medicago’s minority shareholder and not the demonstrated safety and efficacy profile of our COVID-19 vaccine,” he said.

Medicago says its vaccine is the first plant-based vaccine approved in the world. It uses virus-like particles grown in a plant that is a relative of the tobacco plant. It also uses an adjuvant made by GlaxoSmithKline.

Health Minister Jean-Yves Duclos said Thursday he and Innovation Minister François-Philippe Champagne are following the process with WHO very closely.

“Minister Champagne and I have contacted Medicago to make sure that its contact with WHO is done properly,” he said.

Canada invested $173-million in Medicago in 2020 to support development of the Covifenz vaccine and help Medicago expand its production facility in Quebec. It also signed a contract to buy at least 20 million doses, with options for 56 million more.

Takashi confirmed Canada is currently Medicago’s first and only customer, but he said there are ongoing discussions with others. Medicago has not said if it applied for approval anywhere else yet.

“We cannot comment further on these discussions as they are confidential,” he said.

Medicago is one of seven COVID-19 vaccines Canada has contracts to buy, six of which have now been approved.

But Canada is almost solely relying on the mRNA vaccines from Pfizer-BioNTech and Moderna for its vaccination program, including for boosters and children.

On Thursday, Health Canada approved the use of Moderna’s COVID-19 vaccine for children between the ages of six and 11 years old.

Canada had planned to donate any excess doses to low-income countries through COVAX.

COVAX can only use vaccines issued an emergency use licence by the WHO, so a rejection of Medicago could limit where in the world the vaccine can be used.

Banner image: A vial of a plant-derived COVID-19 vaccine candidate, developed by Medicago, is shown in Quebec City on Monday, July 13, 2020 as part of the company’s Phase 1 clinical trials in this handout photo. THE CANADIAN PRESS/HO, Medicago,

This report by The Canadian Press was first published March 17, 2022.