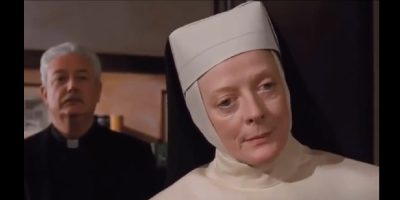 Whoopi Goldberg might be back in the “habit,” but there’s one co-star she has to convince to join the “Sister Act” sequel.

During an appearance on the talk show “Loose Women.” Goldberg begged Maggie Smith to reprise her role as Mother Superior in “Sister Act 3.”

“I want to let Maggie Smith know that I’m holding the part of mother superior for you, because I just can’t do it with anybody but you. So if you need me to come over here and shoot it and do whatever we have to do, we will do whatever you want us to do. But we don’t want to do it without you, Maggie.”

The original 1992 film starred Goldberg as Deloris Van Cartier — aka Sister Mary Clarence, a lounge singer who goes into witness protection at a convent after witnessing a murder.

“Sister Act 2: Back in the Habit” was released a few years later.

Now 30 years later, work is on the horizon for part 3, but still in its developmental phase.