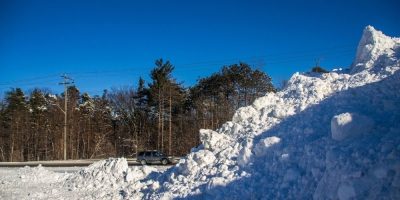 It didn’t take long for social media to light up during Monday’s first full-on blast of snow in Barrie this winter for some people to grumble about the lack of snow-clearing on their particular street or main road.

“Pretty much every storm has its unique challenges,” says Craig Morton, Roads and Fleet Senior Manager.

He wants residents to know that nobody in Barrie is forgotten when it comes to plowing roads during and after a winter storm, but certain routes take precedence over others.

“We have a system of roads that are divided up by priority roads that receive a higher level of service because of traffic volumes, on a bus route or may have some kind of physical impediment, like a hill or something,” Morton explained.

“Those roads are maintained 24/7. We typically dispatch our plows once we receive about 5 cm of snow on those roads,” Morton added.

There are times when the snow is falling at such a rate that keeping up with the clearing is difficult. That was part of the challenge for plow operators in many parts of southern Ontario on Monday. Snow squalls can present their own unique challenges, too. They can be very localized over one particular area, or shift from place to place.

“By having the priority road system in place, we’re able to concentrate on it with more resources to keep those roads clear,” said Morton.

He said people on side streets and more residential roads don’t have far to travel to reach a main road.

“Our strategy is to be able to provide service that benefits most of the users that are out there travelling.”

The plows eventually get to everyone.

“We do follow the provincial regulations for winter maintenance (see below)” said Morton.

On the city’s website, it indicates Barrie meets or exceeds those regulations.

The city also has a plow tracker barrie.ca/snow that the public can use to track the progress of road plows to see when their street was last serviced.

Depending on how much traffic the street gets, the wait could be as much as 24 hours to clear them.

“On average snowfalls, we get to them within 12 hours, and sometimes eight hours,” said Morton. “That may be opening up the street for traffic, and then we may have to come along at a later time to make room for the next snowfall.”

There is always the possibility the plow didn’t get up a street because of vehicles parked on the road.

“We have encountered times when we haven’t been able to get up the street because of parked cars. We may have to come back to the street to plow later on because cars are in the way and the plow operator couldn’t clear back to the curb.”

One of the biggest challenges, said Morton, can be the timing of the storm.

The storm that hit the Greater Toronto Area (GTA) on Monday struck hardest during the morning commute, at times dumping between 3 cm to 5 cm of snow per hour.

“If the storm happens later in the day and there’s less traffic on the streets and more people are at home, it allows us to be more efficient and more effective as long as there aren’t cars parked on the streets,” said Morton.

He emphasized that the work being done is all about safety, both for the plow operators and motorists.

On Monday afternoon, the City of Barrie declared a Significant Weather Event. The city said during the significant weather event, the municipality may not be able to meet its maintenance standards for roads, bike lanes and sidewalks due to the significant amount of snowfall expected.

“It may take longer than usual to bring the roads and sidewalks back to optimal conditions,” the city said in a media release.