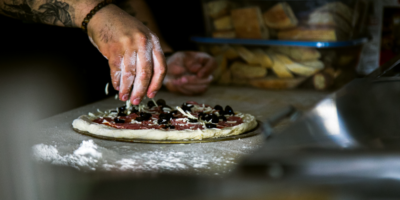 Ontario moves into Step Three of its Roadmap to Reopen as of Friday, which means many restaurants will be allowed to have diners indoors once again. Some restaurants might not have the staff to pull it off the way they’d like.

“It’s a disaster because people don’t want to work and then have no problem saying to our face, ‘why would I come work for you when I’m getting CERB?'” Mihaela Hawkins, the owner of B.B. Friday’s, told Barrie 360.

Hawkins is one of many restaurateurs struggling to find servers and kitchen staff willing to work for what’s being offered, saying many would-be employees are making more money collecting the Canadian Emergency Response Benefit (CERB). “I used to get 10 resumes a week. Now I’m not getting any, and the ones who are coming for an interview say ‘if I do work, I just want to work part-time because I don’t want that to affect my CERB.'”

Yvette Wicksted owns the Bull and Barrel and says she’s even had job applicants ask if they could be paid under the table until CERB runs out. “I don’t think it’s any big secret that that’s out there, I was just a little taken aback that they were so open about it, they were very willing. I’ve got it in writing, both in text and in emails,” said Wicksted.

With so many turning down work in favour of collecting CERB, Wicksted was asked if this has made her reconsider increasing the salary she’s offering. “I’ve always wanted to pay these folks, who work hard and stand on their feet all day, more money. But the fact is, the industry isn’t such that I can,” said Wicksted. “I actually have tweaked up their wages the best I can.”

Hawkins added some of her staff are grateful for the gig. “I do have staff where they are happy to be back at work,” Hawkins said. “But it’s only like 2 per cent. The rest of them, they don’t (want to work),” she said.

Due to her difficulty finding staff, Hawkins says she’s doing most of the duties and has had to scale back her hours of operation. “I’m closing at seven o’clock instead of 10 or 11. Because I can’t do it, I think I’m going to crash. It’s brutal. Nobody wants to work.”

But CERB isn’t forever; the federal emergency relief program is set to end this fall. “It’s going to put us over a bit of a barrel because you don’t want to reward them for taking the summer off,” said Wicksted. “There’s probably going to be a glut of them in, say, October, clamouring for the jobs. And we, who have been waiting and waiting for this to happen, will probably be snapping them up, despite the fact that we have some misgivings.”

“On the other side, we’ll be able to pick and choose, it might be a buyer’s market when it comes time for them to all get jobs again,” she concluded.