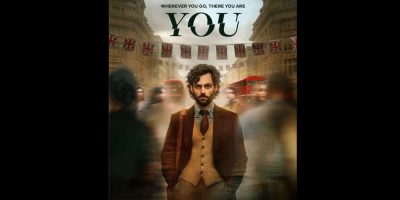 Season 4 of “You” will hit Netflix early next year, and it looks like London is calling.

This latest season is broken into two parts, with the first half hitting the streaming service on February 9 and part 2 on March 9.

Joe has a habit of becoming easily infatuated and obsessed when he meets a new love interest, often with disastrous results.

The latest season sees Joe living in London under his new name, Professor Jonathan Moore, as he attempts to leave his past behind him.

The series is based on the novel by Caroline Kepnes.

Take a sneak peek at the new season below.