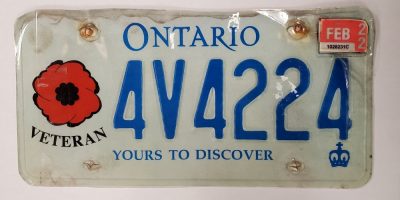 One driver is facing driving-related charges after cops say he did a little arts and crafts.

The South Simcoe Police Service reports it recently stopped a vehicle in Bradford, saying it had on it a fake licence plate made out of laminated paper.

A Toronto man faces charges including driving under suspension and driving with no plates.