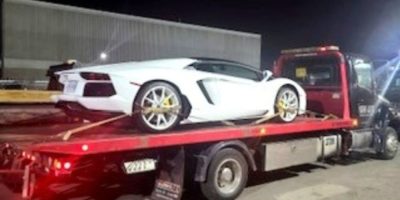 A driver behind the wheel of a Lamborghini has lost his $460,000 vehicle for 14-days after being pulled over for stunt driving.

York Regional Police said they clocked the car at nearly triple the speed limit, travelling 170 km/h in a 60 km/h zone in the area of Highway 7 and Keele Street on Tuesday morning.

In a tweet, police said the driver was pulled over on a stretch of roadway with the highest number of collisions each year in the region.

Police said the driver has been charged with stunt driving, which comes with an automatic 14-day vehicle impoundment and a 30-day licence suspension.