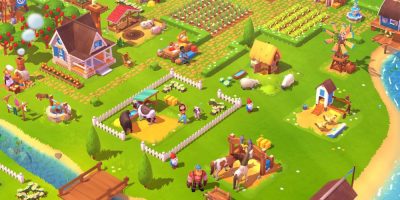 In what will turn out to be the biggest buyout in entertainment history, Zynga is being bought by Take-Two Interactive.

While you might not know the name, Zynga is a mobile gaming giant known for games like FarmVille, CSR Racing, and Words With Friends. You know all those notifications you get from your mom about visiting her farm? Now you know who’s behind it.

The company buying Zynga is Take-Two Interactive who already owns a number of other studios including Rockstar Games, the studio behind a little game called Grand Theft Auto, the second-highest selling video game of all time which has sold over 155 million copies and earned $6.4 billion since it launched in 2013.

Strauss Zelnick, Chief Executive of Take-Two wouldn’t go into detail about future plans for the two companies stating the deal doesn’t actually close until later this year. He did mention an interest in expanding the two companies’ opportunities with something called “Cross-play”, a feature that allows users to play games across different systems such as PC, mobile devices, and more. Another game you may (definitely) have heard of that utilized this feature to great success in Fortnite. He went on to say “As long as we’re enhancing the overall entertainment experience, it’s potentially exciting.”

Massive acquisitions like this are becoming more and more common in the industry with two deals coming in over $8 million happening in the past few years with the most recent in 2020 being the previous record-breaking acquisition. However, with this deal reaching a staggering $12.7 billion, it eclipses anything that has come before.

So, don’t be surprised when your inbox gets flooded with more invitations to farm or spell.