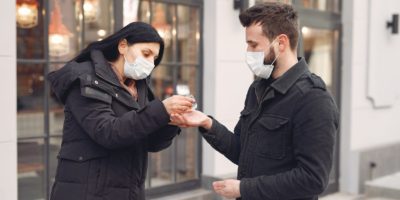 “I have zero tolerance for price gouging, and I’m calling them out. I’m hearing Pusateri’s is selling hand wipes for $30 dollars. I tell you, I can’t even say the words. Ford continued; “people actually have the nerve to jack-up their price to $30 dollars for hand wipes, I have a message for people price gouging…we’re coming after you. We’re going to come after you hard. They’re done, gone. Pusateri’s Fine Foods CEO Frank Luchetta released a statement saying they made a price error on Lysol Disinfecting Wipes.

Ontario hits critical junction in fight against spread of Covid-19

Ontario nearly doubled yesterday’s single-day-high of 100 confirmed cases with 170 new cases of Covid-19 reported on Thursday. Ontario’s Health Minister Christine Elliott acknowledged the province is at a critical junction in its fight against the spread of the disease.

Elliott said earlier in the week that the province is trying to complete 5,000 tests per day. The numbers out on Thursday showed the province is halfway there. But, nearly 11,000 people are still awaiting test results. And in total, 38,550 people have been approved for testing.

Premier Ford said the province will make make sure we have enough swab tests and supplies to fight Covid-19. “We are literally on the procurement table every day,” said Ford. “We’re at war right now, no more waiting around. We are making decisions day-by-day, hour-by-hour.”

Finance Minister Rod Phillips tabled Ontario’s $17-billion action plan on Wednesday, on Thursday Phillips reinforced the government’s goals, saying again, he’s confident every dollar invested through the plan that saves a life, or a job, is a dollar well spent. Measures include a one-time payment for parents of $200 per child 12 years old and under and doubling payments for low-income seniors.

What about Ontario’s teachers?

As for Ontario’s teachers using online learning, Ford says a plan will be rolled out in the next few days. It’s believed the government will again push for the introduction of online courses during the crisis, something the teachers’ unions opposed during recent strike actions.