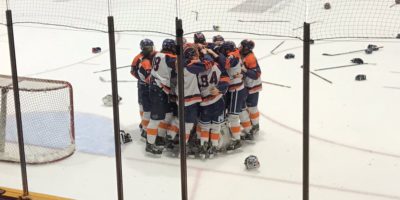 The 5th annual event allows students to “buy out” of class in support of Barrie & Distrcit Christmas Cheer . For a $5 donation students could attend the tournament all day long to cheer on their team and support a great cause.

K-CUP & SCHOOL SPIRIT🏆
BMC was buzzing today with excitement as 5 public schools battled for the #KempenfeltCup. Great to see so many of our #BMHA #athletes playing & cheering their teams! Congrats INNISDALE whose boys’ & girls’ team both won the K Cup! #barrie #hockey #schools pic.twitter.com/qkwfwQ5nie