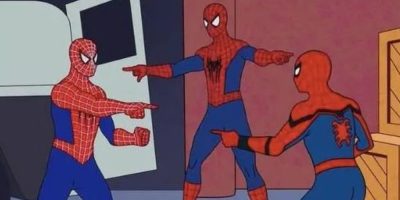 Sony will be bundling all 8 Spider-Man films together in a single collection when it releases on video next month.

Whether you didn’t have a chance to watch them yet, or you’re just a massive fan who must have every version, this 8 film collection will include every Spider-Man movie including the new record-breaking No Way Home. Since the new film includes cameos and characters from the older live-action movies, you’ll be prepped for viewing (or tenth viewing) of the fantastic No Way Home.

When it was released late last year, No Way Home smashed box office recordings. It holds the second-place spot for the biggest weekend opening (only behind Avengers: Endgame) and continues to climb the total domestic earnings top ten list, currently occupying the sixth place spot. It has also been holding the spot for number one movie in the box office for 21 consecutive days now, ever since it was first released on December 16.

Here’s what you get in the bundle:

While it doesn’t include any of the animated films, one of which (Into the Spider-Verse) is a must-watch for Spider-Man fans, it is a pretty nice collection.

While the physical addition isn’t available yet seeing as No Way Home is still in theatres, you can actually pick up the digital version right now, allowing you to watch 7 of the older films with No Way Home becoming available to you when it gets released on home video on February 28.

The entire collection of 8 Spider-Man films will run you over $100, but Cineplex is currently having a sale on it right now with the price knocked down to $73.99. We can’t think of a better way to use up those Scene points.

Who’s your favourite Spider-Man? Do you like the awkward coolness of Tom Holland, the suave style of Andrew Garfield, or the classic dorkiness of Tobey Maguire?