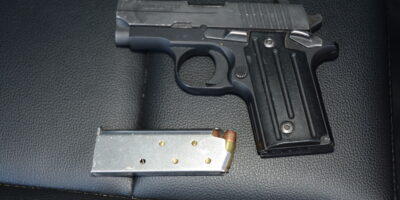 Cops say they found a loaded gun in a speeding vehicle around lunchtime Thursday.

Officers pulled a vehicle over on Dissette St. in Bradford around 12:30 Thursday afternoon, saying the vehicle had been speeding. The smell of marijuana was detected in the vehicle, and as the driver stepped out, police say they spotted a gun.

A loaded 9mm handgun was seized and police took the 27-year-old man into custody. He has since been charged with possession of and carrying a dangerous, unauthorized, concealed weapon.