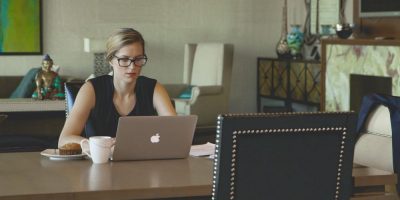 Working women have been tutored to “lean in” when it comes to pushing for higher pay on the job — after all, passively accepting an employer’s first offer may not pay off, the thinking goes. But negotiating for more pay or a promotion may not be so simple, even for high-powered women with strong bargaining positions, a recent study concludes.

In the years since the best-selling book “Lean In: Women, Work and the Will to Lead” by top Facebook executive Sheryl Sandberg was published in 2013, researchers have sought to learn more about the gender pay gap and the mechanics behind the stubborn lag in women’s earnings. One area getting more attention — the role of status and gender, with researchers at Dartmouth and Harvard universities exploring the dynamics that high-ranking women experience when they negotiate with their company for higher pay.

The findings could shed light on why gender gaps persist at the top levels of organizations despite efforts to encourage women to speak up for better pay and promotion. Even when women have the leverage to push for more generous compensation — such as an offer from a competing firm — they are three times as likely as men with the same offers to fail to reach an agreement, the researchers found.

The message? Despite doing all they can to “lean in,” even women with the status and achievements to ask for more and who are fully empowered in negotiations aren’t getting the same traction as men. That held true regardless of whether women were negotiating for higher pay with women or men, according to the study.

The findings were “somewhat disheartening,” said Jennifer E. Dannals, a co-author on the paper and an assistant professor of business administration at Dartmouth.

Women who negotiate aggressively may face a backlash — both from women and men — due to ingrained ideas of appropriate gender roles and behaviour, the researchers found.

“Ideally, it should be the case that if you ask for what you want and you’re more assertive in what you’re asking for, then you should get that,” noted Harvard Business School assistant professor Julian Zlatev, a co-author on the paper. “But the reality of the situation, and our data sort of speaks to that, is that there are these negative repercussions that can happen if you end up doing that.”

The researchers studied negotiations between more than 2,500 employees with high levels of education or work, ranging from an MBA to senior executives. The participants — one-third of whom were women — were randomly assigned roles such as candidate or recruiter, and some of the candidates told to negotiate as if they had competitive offers from another company.

The findings come as millions of women have suffered setbacks in their careers due to the pandemic, with nearly 3 million American women leaving the workforce due to layoffs in industries that traditionally employ females as well as the increased demands of caretaking amid remote schooling.

The pandemic has also impacted women’s behaviour within the workforce, with new research from the Indeed Hiring Lab finding that women are less willing to ask for a raise than men during the crisis. While the Harvard-Dartmouth paper didn’t examine behaviour during the health crisis, the researchers noted that such dynamics could be due to women feeling less empowered to negotiate if they worry they might have a tough time finding another job.

Some women “might not feel like they’re performing at their top capacity at their job relative to men in similar jobs because they have these other obligations at home in terms of childcare” or other demands, Dannals said.

Why women should still “lean in”

Even though women can face backlash if they negotiate assertively, Dannals and Zlatev said they would still recommend that women “lean in” — because not pushing an employer is unlikely to pay off either.

“On a personal level, I’d never give the advice to not lean in,” Dannals said. “Still ask for what you want and still be clear about your worth.”

She added, “Once you’ve done that, there’s an additional piece there. It’s not sufficient to just say, ‘Women have to ask for more.'”

In other words, the burden shouldn’t fall on women alone to fix the problems with gender stereotypes in negotiations. Instead, organizations should examine their processes for negotiations, pay raises and other promotions that can help or hinder women, the researchers said.

“The onus doesn’t necessarily need to be placed on sort of the individual negotiator to try to navigate how assertive or not assertive they should be,” Zlatev said. “The onus really needs to be placed on the organization or sort of the structures that they put in place to make sure that, regardless of whether or not people ‘get it right,’ they’re still going to be getting an outcome that they find beneficial to them.”

Some companies have already moved in that direction, with Reddit in 2015 banning salary negotiations (something that Zlatev said he doesn’t believe is entirely effective given that negotiating can help workers “create value,” he added.) Companies could examine pay gaps, when they arise and for whom, as well as investigate the mechanisms behind those differences, he added.