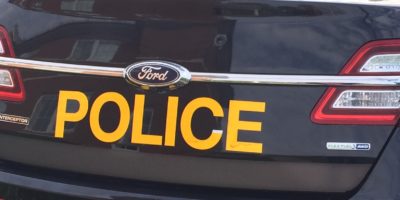 The OPP kicked off the 2018 Festive RIDE Campaign with a message from someone who knows impaired driving’s effects all too well.

Sheryl Cassie lost her husband to drunk driving. She and her husband were riding his motorcycle when they were struck by an impaired driver. Her husband was killed, while she is still recovering physically and emotionally from the collision. “I will have scars as a permanent reminder of that night. I will never forget that night. I lost my husband, my best friend, the person I share my life with on a daily basis. A big piece of my life is missing. I will never see him again, I will never be able to share anything with him again.”

Sheryl bravely shared her story during the Festive RIDE kick off at the Barrie OPP detachment Friday morning, marking the start of a proactive blitz by the OPP. Over 6,700 Impaired Driving charges have been laid across Ontario since January 1st. Nearly 300 of those charges were for drugs. “Drivers who consume cannabis and think they can avoid detection by the OPP need to think again.” says OPP Interim Deputy Commissioner Rose DiMarco,  “The OPP has a strong set of tools and skills that enable them to take drug and alcohol-impaired drivers off our roads. Whether a person is driving under the influence of drugs or alcohol, impaired is impaired. Both forms are dangerous, serious criminal offences and they carry similar penalties.”