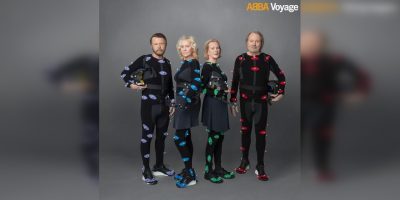 Swedish pop group ABBA is back after nearly 40 years with a new album and upcoming “state-of-the-art” digital concert, the musicians announced Thursday. The 10-track project, “Voyage,” will be released on November 5 and will be performed virtually in 2022.

“It all came rushing back in a matter of seconds,” group member Björn Ulvaeus said of recording the new album in a live-streamed video on Thursday.

“It was like no time had passed. Quite amazing,” member Benny Andersson added.

Digital versions — or “ABBA-tars” — of the group’s four members will debut on May 27, 2022 at a custom-built concert venue in Queen Elizabeth Olympic Park in London with a live 10-piece band. The concert will use motion capture technology designed by the visual effects company behind Star Wars, Industrial Light & Magic, the band said.

The “Dancing Queen” musicians debuted two songs off their upcoming album on Thursday: “I Still Have Faith in You” and “Don’t Shut Me Down.” Andersson said they will perform both new songs and some of the group’s greatest hits.

“At our age, there’s a certain depth to it, I think, to the whole thing musically and lyrically, and of course the way they sing and the way they deliver,” Ulvaeus said of “Voyage.” “There’s a lot of experience and a lot of years in that that I hope people can feel.”