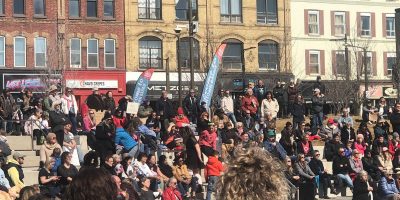 Young and old, mostly without masks, gathered at Meridian Square on a bright and sunny Saturday afternoon to denounce lockdown measures that have been imposed because of the COVID-19 pandemic.

Some people carried signs claiming the lockdowns were about control, while one placard suggested the rules applied to the public but not politicians, while a few people draped themselves in the Canadian flag.

The protest in Barrie coincided with what was to be a worldwide day of protest by anti-lockdown activists. Thousands turned out in London, England for a demonstration that was marked with a number of arrests. Scuffles were also reported between police and demonstrators in Germany.

The protest in Barrie came a day after the province eased up on some red zone restrictions, which Simcoe-Muskoka is in, to allow struggling bars and restaurants to operate with at least 50 customers inside if social distancing protocols are being followed. The original number was 10 patrons.

Ontario reported 1,829 new cases of COVID-19 on Saturday, the highest single-day count since Feb. 1. Provincial health officials have said Ontario is in a third wave of COVID, with half of new cases being variants of concern. 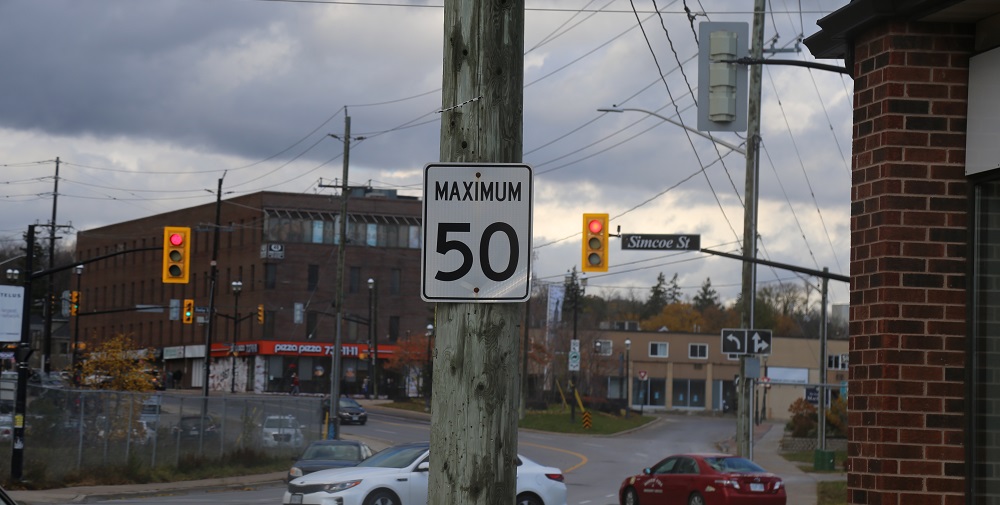 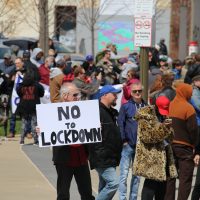