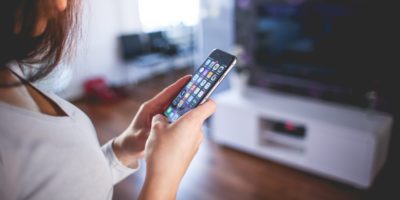 There’s a new contact tracing system in the works for both Android and iOS that can alert people who were in close contact with an Covid-19 infected person. The system would be built right into our phones. Apple and Google teamed up to develop the system, which uses the sharing of data through Bluetooth Low Energy (BLE) transmissions. The system is also dependent on the public and its use of public health apps.

Related: New Google data shows how Ontarians are moving around differently due to Covid-19

This Google and Apple contact tracing system is voluntary. It works through short-range Bluetooth communications and recognized public health authority apps. The idea is that the tech giants would create a voluntary contact-tracing network by keeping data on phones that have been in close proximity with each other. That data comes from the user. For example, an infected person would upload the data through an approved app from a public health authority. Google and Apple’s Bluetooth-based contact tracing platform would be built into the app and alert people – who download them – to whether they were in close contact with an infected person.

Photo: Here’s how it works

In a joint release on Friday, Apple and Google said they will introduce a pair of iOS and Android APIs in mid-May and make sure these health authorities’ apps can implement them. During this phase, users will still have to download an app to participate in contact-tracing, which could limit adoption. But in the months after the API is complete, the companies will work on building tracing functionality into the underlying operating system, as an option immediately available to everyone with an iOS or Android phone.