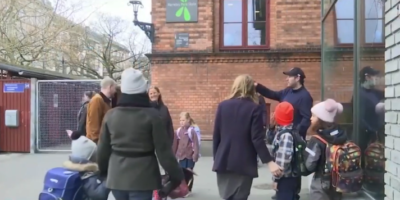 When Denmark’s children began heading back to elementary schools on Wednesday, the country’s prime minister was there to remind them to keep a safe distance from each other. But nearly 18,000 parents in the nation have signed a petition claiming their children are being used as guinea pigs.

“Kids don’t know how to stay away from each other,” she said. “My 2-year-old daughter doesn’t get that. She wants to hug people, she wants to kiss people.”

Denmark isn’t alone. In Austria, thousands of small stores were allowed to reopen on Tuesday — and even hard-hit Italy has permitted book shops and children’s clothing stores to start trading. In Norway, younger children will go back to school later this month.

“People can go back to at least a little bit of normality,” said professor Gabriel Leung, an infectious disease expert in Hong Kong.

Leung told CBS News that governments will likely go through cycles of partially lifting restrictions, then reimposing them if infections spike.