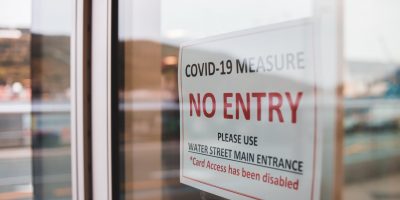 Less rigorous eligibility screening for COVID-19 aid programs did lead to cases of abuse, according to Canada’s auditor general.

In a report released Thursday, Auditor General Karen Hogan says federal officials could have prevented the Canada Emergency wage subsidy (CEWS) from going to companies with unpaid tax bills, or the Canada Emergency Response Benefit (CERB) from potentially landing in the hands of known fraudsters.

While acknowledging how quickly aid programs rolled-out last Spring despite the “extraordinarily challenging circumstances,” Hogan says the feds missed chances to flag fraudulent claims for emergency benefits, which will take “years” to recoup.

The Canada Revenue Agency could have asked for social insurance numbers for employees whose wages were subsidized, possibly preventing “double-dipping” between aid programs, the report says.

Hogan’s audit team found about $500 million in double-payments were made.

The feds have doled out over a combined $125 billion in aid since last spring.

“Turnaround time for key steps was often a few hours or overnight,” the report says.

The feds have doled out over a combined $125 billion in aid since last spring.

“It seems that agreeing on who will do what and when, who will report what to whom, and who will take the lead is persistently difficult,” she wrote. “This is not an efficient way of working, nor is it a productive way to serve Canadians.”

“The agency was not adequately prepared to respond to the pandemic, and it underestimated the potential impact of the virus at the onset of the pandemic,” wrote Hogan.