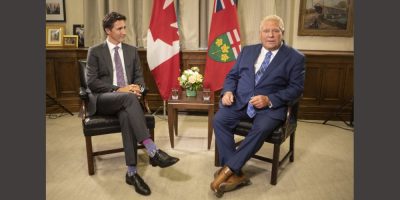 The premiers from all 13 provinces and territories signed a letter to Prime Minister Justin Trudeau, dated Friday, that says the time for action is now and “our heroic first responders cannot wait.”

The letter, which originated in Ontario Premier Doug Ford’s office, comes amid growing calls for reform after the late December killing of 28-year-old Const. Greg Pierzchala, a member of the Ontario Provincial Police.

Court documents show that one of the two people facing a first-degree murder charge in his death, Randall McKenzie, had been initially denied bail in a separate case involving assault and weapons charges but was released after a review.

The documents show a warrant had been issued for McKenzie’s arrest after he didn’t show up for a court date in August.

The letter from premiers notes a growing number of calls for changes to prevent accused people who are out on bail from committing further criminal acts.

“The justice system fundamentally needs to keep anyone who poses a threat to public safety off the streets,” it reads.

“And this starts with meaningful changes to the Criminal Code, an area solely within the federal government’s jurisdiction.”

The letter notes that the matter was “the subject of an intense discussion” at an October meeting of justice and public safety ministers from across the country, held in Nova Scotia.

“This meeting led to a clear and unified call to action for the federal government to reform Canada’s bail system,” it says.

After that meeting, B.C.’s justice and public safety ministers said they had seen some movement from the federal government on the issue and it was clear that repeat offending and violent stranger attacks were a countrywide concern.

Canadian Police Association president Tom Stamatakis told The Canadian Press earlier this month that the details of Pierzchala’s death had highlighted a need for reforms.

“There are a small number of prolific and violent offenders who continue to present a danger to society when released, and we need to find common-sense reforms that will address those cases,” he said.

Still, others have disagreed that bail reform is the answer, suggesting that more energy should go toward addressing the root causes of offenders’ behaviour.

Federal Conservative leader Pierre Poilievre said in late December that Trudeau’s government should “reverse its catch and release bail policy,” referring to a law the Liberals passed in 2019 that updated bail provisions in the Criminal Code.

The law codified a “principle of restraint” that had been reaffirmed in a 2017 Supreme Court case, which directs police and courts to prioritize releasing detainees at the “earliest reasonable opportunity” and “on the least onerous conditions,” based on the circumstances of the case.

It also gave police more power to impose conditions on accused people in the community to streamline the bail process and reduce the number of unnecessary hearings, and it required judges to consider at bail the circumstances of people who are Indigenous or come from vulnerable populations.

Asked about bail reform during a House of Commons committee hearing in early December, Justice Minister David Lametti said Bill C-75 was largely developed with the provinces and was still being implemented.

He said he is “very sensitive” to concerns about challenges associated with bail reform.

“We’re certainly there to work with the provinces,” he said.

“To the extent that Bill C-75 and the reforms or their implementation — or perhaps their non-implementation in certain cases — might be a factor, we’ve engaged to look at that. We have tasked our deputy ministers, federal and provincial … in order to get some more facts out and to get more detail on the problem.”

Friday’s letter from premiers suggests that a “reverse onus on bail” should be created for the offence of possession of a loaded prohibited or restricted firearm.

Someone accused of that crime “should have to demonstrate why their detention is not justified when they were alleged to have committed an offence where there was imminent risk to the public,” the letter says.

A review of other firearms-related offences could be conducted to determine whether such a “reverse onus” is appropriate, it adds. 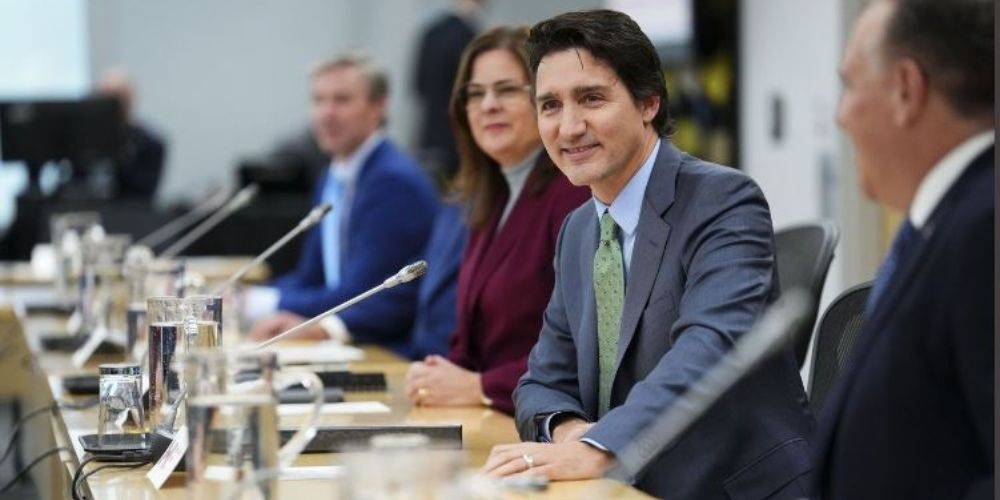