Two youngsters, one from Barrie, the other from Innisfil, are among the eleven new cases of COVID-19 being reported across Simcoe County.

The Simcoe Muskoka District Health Unit (SMDHU) says the two kids, both under age 10, acquired the virus through close contact. The Barrie youth represents the only case reported in the city on Tuesday, while there were two others in Innisfil.

The SMDHU also reported two cases in New Tecumseth, one of which was outbreak-related. An outbreak at Simcoe Manor and Village in Beeton was confirmed by the County of Simcoe on Tuesday morning. Staff and residents were to undergo added testing to ensure he represented the only case in this institutional outbreak.

Two cases were reported in Ramara, and one each in Bradford-West Gwillimbury, Orillia, and Severn Township. The SMDHU also confirmed three more recoveries since Monday’s update. 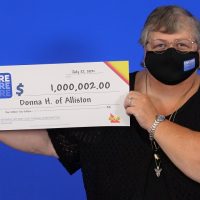