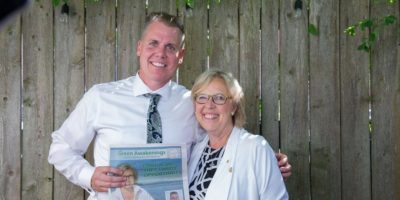 One of Barrie’s Green Party candidates is trying to get ahead of any scandal, apologizing now for a past mistake.

Marty Lancaster, running in the Barrie-Springwater-Oro Medonte riding, says he once wore a Mr. T costume, complete with blackface. He took to Facebook to preemptively apologize for the mistake, saying “it was not worn with malicious intent”, adding that he plans to better educate himself and “work for opportunities to rebuild the trust” of his community.

This apology comes on the heels of a similar incident involving Liberal Leader Justin Trudeau, involving three known instances in which he appeared in blackface.