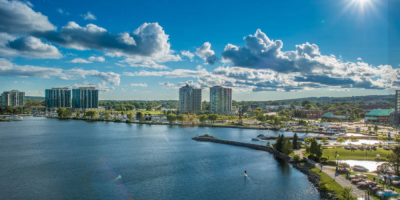 It’s no secret many folks have made the move out of the GTA and into Barrie and Simcoe County over the pandemic, and that could make for an unpredictable outcome for an almost certain federal election.

It is anticipated Prime Minister Justin Trudeau will request that Governor-General Mary Simon dissolve parliament this Sunday, kicking off a mere 36-day campaign cycle. This is the shortest allowed under federal election laws. It means residents across the country will likely go to the polls on September 20.

Dr. Michael Johns, Barrie 360 Political Correspondent and Visiting Professor in the Department of Politics at York University, says changing local demographics could lead to a shake-up in one or both Barrie-area ridings. “It’s very difficult to tell. I think the tradition is that they lean conservative; you have two conservative MPs, you have two conservative MPPs, so Barrie is more traditionally conservative than some other places,” he said. “Certainly, as the city grows, the demographics change in both ridings, I think what we’re seeing is that the ridings are becoming a little bit different from one another.”

“This is no longer a small, central Ontario city,” added Johns. “This is one of the large urban centres in Ontario. And with that comes demographic change. And that might also then lead to political change.”

Johns says the shortened campaign cycle will lead to some clear indicators of which way these ridings are leaning. “If the Conservatives think the ridings are vulnerable, then you might see (Conservative Leader) Erin O’Toole or some of their more high-profile candidates campaigning here,” said Dr. Johns, indicating these decisions are based on internal polling. “If you don’t, then it is an indication that the various parties have made a determination that these ridings aren’t as competitive as some of the others, and that’s where they’re going to throw their resources.”

The election as a whole has been deemed unwarranted by some, including opposition party leaders. Dr. Johns tells Barrie 360 it depends on your point of view. “If your party is not doing as well in the polls right now, you probably are going to argue that it is selfish and unnecessary,” said Johns. “But at the same time, if your party is ahead, you can say that this is the time now to have some stability, to have a discussion about what the post-pandemic world looks like.”

“You can also point to the fact that there have been other elections, not just around the world, such as the US election during the pandemic, but within Canada. Other provinces have held their provincial elections,” added Johns. “As with anything in politics, it’s political.”

The election would come even amid warnings from health experts of an emerging fourth wave of the pandemic. Dr. Johns says that might impact voter turnout. Then again, it might not. “The United States had their biggest voter turnout ever, in terms of sheer numbers, not in terms of percentages, but sheer numbers. And in the middle of the pandemic. So, if we have a motivated electorate, they will find a way to vote,” he concluded.

While Prime Minister Trudeau is expected to request parliament be dissolved on Sunday, it could come as late as Monday.