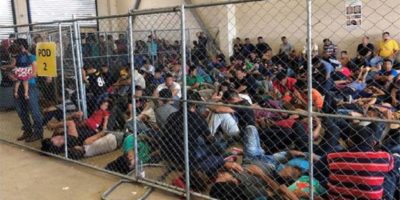 Many expected at Barrie City Hall tonight to stand in protest against reports of deplorable, inhuman conditions at detention camps at the southern US border.

Called Lights for Liberty, the candlelight vigil gets underway at 8:30 in Barrie; it is expected to be one of many simultaneous protests across the globe calling out the U.S. government over horrific conditions that migrant infants, toddlers, children are said to be forced into at these camps.

Reports have it these camps lack food, beds, sanitary conditions, infants and toddlers left to fend for themselves for days.

Lights for Liberty is being organized by the group Leap Barrie, a grassroots advocacy group. More information can be found on its Facebook event page.