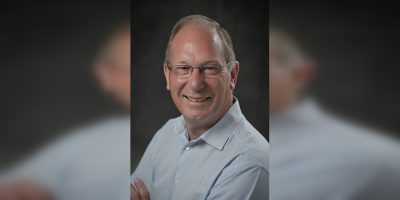 Champion: a person who fights or argues for a cause or on behalf of someone else.

The word might get tossed around too much, but it is fair to say Barrie is losing one of its great champions. Peter Sundborg has retired.

Whether it was being on hand to help collect donations for the annual Rock 95 turkey drop, pushing for support ahead of the food bank’s regular Easter drive, or generally urging folks to be generous when they can, Sundborg’s commitment to the food bank and to the people who make use of it was evident by his actions.

“The Barrie Food Bank has been a long-time supporter of the women and children using our services.  We have appreciated the partnership with the Barrie Food Bank and their recognition of the needs that our clients have.  Peter Sundborg will be greatly missed for his kind, caring and thoughtful way that he has created partnerships within the community,” the Women and Children’s Shelter of Barrie’s Teresa MacLennan told Barrie 360. “The fact that the Barrie Food Bank has been able to meet the needs of folks in our community, speaks to Peter’s philosophy of support and creating an openness for people to use his services.  Folks can approach the Barrie Food Bank and know that they will not be judged for their circumstances or life predicament.  What they need is sustenance and help.  We can only thank Peter with our words and our hearts and hope he knows how much he is appreciated and respected for the work he has done in our community.”

“The Barrie Food Bank is vital to the health and well-being of many community members including some of the very youth we serve,” said Lucy Gowers, Executive Director of Youth Haven. “We appreciate the partnership we have with the Barrie Food Bank and are grateful to Peter Sundborg for his commitment to helping keep food on the table for many struggling with food insecurity. Peter has been instrumental in helping those in need in our community for many years, and for that we are grateful. For some of the youth we serve, having enough housing, money or food is a real struggle. But it means a lot to us to know that we can always count on Peter’s support and help in making sure that our youth are always fed.”

“The Food Bank and Christmas Cheer have always served many of the same clients and working together always seemed the best way to ensure that everyone was looked after. We developed a great working relationship with Peter over the years, and there was always open communication and cooperation between our two organizations to meet the holiday demands in our community,” said Cindy Tonn, President of Christmas Cheer Barrie. “Peter has made such an impact on the community with the implementation of some profound and positive changes during his tenure and we know that he is leaving behind a strong team and a legacy to be proud of.”

“Peter is one of the warmest, most positive human beings I have got to know in my time as mayor,” said Barrie Mayor Jeff Lehman. “He’s been such a wonderful, beautiful voice for the needy, and so committed to people not going hungry in our community. And it’s in the numbers. I mean, all you got to do is look at the results: a million pounds raised in their latest campaign, even with the spike in visits a few years ago, that really took demand to a new level for food banks. They responded and delivered so we’re going to miss him, we’re going to miss his warmth, his message and obviously his ability.”

Barrie council is expected to recognize Peter’s contributions during its regular Monday evening meeting. Peter is succeeded by Sharon Palmer, who brings a wealth of experience and know-how to the position. She took up the reins of the Barrie Food Bank as of March 1.