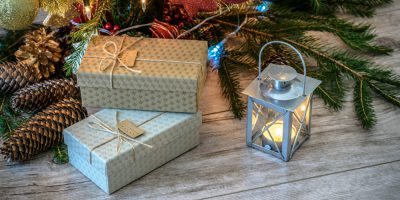 We all have that person who is impossible to buy gifts for. Whether it’s because you’re not quite sure what they want or maybe they just have everything already, crossing them off your list is always a struggle.

Good news! We have put together a list of local places to grab a gift that nobody will be expecting. After all, if you couldn’t think of it, chances are they couldn’t either!

We already told you about some awesome (if not slightly ludicrous) gifts that you can grab for the holidays that will not only wow the person who receives them but also supports local at the same time. If you thought we were slowing down, think again!

If the Freaky Wizard is anything, it’s a geek-out paradise. They have tons of cool collectables and locally made stuff all wrapped up in a wizard themes shop. You can even grab a coffee (and some delicious treats) and pick out one of their massive board game selection for a nice tabletop session. The decor is amazing, especially for Harry Potter fans. Speaking of which, if you have a Harry Potter fan on your list, they have some incredible gifts.

While it might not be the first gift idea that pops into your head, if you’ve ever had the pleasure of spending an hour in one of Float Tank Barrie‘s relaxation pods you know exactly how amazing it would be to receive a float or two for Christmas. With different options like their Single Floats, along with Two, Four, and even Ten Float Packs (multipacks are sharable too!), the hardest part about receiving this as a gift, is having to leave the pod when you’re done!

Spot anything you might be picking up? If not, don’t worry because we have one more part coming soon with even more awesome local gifts!