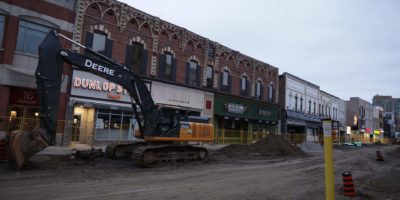 The City of Barrie’s jobless rate took a real hit with the onset of the COVID-19 pandemic, but it appears the real tale has yet to be told.

From March to April, Statistics Canada says Barrie’s unemployment rate jumped from 5.7 percent to 9.1; province-wide, the jobless rate grew from 6.1 to 8 percent flat, while the federal rate saw a 2.4 point bump to 8.7 percent. “The job losses everywhere in Canada were bad, but nowhere near as bad as feared,” said Barrie Mayor Jeff Lehman in an email to Barrie 360. “Barrie’s rate jumped to 9.1% but even that rate isn’t as high as after the last recession in 2008/2009.

“We appear to have fared a little better than most other major cities,” continued Lehman, “This is probably because the manufacturing and construction sectors have largely been able to continue working, which are big sectors of Barrie’s economy,”

Lehman points out this is only part of the overall damage caused by the virus-spurred lockdown, “The impact of the recession is a little harder to see, ” he said, “What is also obvious right now is that the job losses are in different sectors than in typical recessions. The Food and Accommodation sector has lost half its jobs in one month, for example. This is one of the reasons we need to prioritize this sector as we consider recovery initiatives,”

However, the mayor indicates the numbers provided by StatsCan could be a little off, “for example it could be a lot more people are out of work because it may be that people not reporting they were unemployed because they consider themselves “temporarily” laid off, which is probably true.”