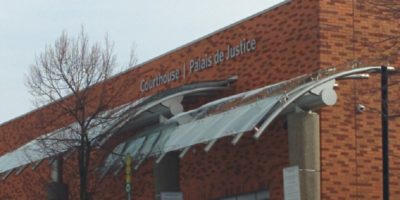 Barrie’s mayor says the money announced the other day for Barrie Police’s court services is still far less than what was hoped for.

Starting in 2012, the province began uploading court security costs from municipalities, meaning Barrie taxpayers wouldn’t foot the bill for prisoner transport and security at the provincial courthouse in Barrie. The uploading happened in annual $400,000 increments, reaching $3,084,000 in 2018.

When the Barrie Police Service was planning its budget, according to Lehman, it was expected the grant would provide an additional $400,000 more over the year previous. Instead, cuts from the province led to a $700,000 shortfall. “This is still not full uploading,” said Lehman in his email. “Barrie taxpayers are still paying some of the Province’s court security costs. The full costs for the courthouse are budgeted at just over $4M for 2020.”

However, the Service was alerted to changes in funding well before the budget was finalized. Barrie-Springwater-Oro Medonte MPP Doug Downey has previously told Barrie 360 police services and municipalities both received extensive notice prior to budget time. “Some things are shifting,” said Downey, “and we’re trying to communicate that as quickly as possible.” The service was informed of funding changes via a letter from the Ministry of Community Safety and Correctional Services in March of 2019.

Earlier this week, Downey’s office announced the Barrie Police Service would be receiving $2,755,625.33 through the Court Security and Prisoner
Transportation Grant, claiming it would represent an increase of nearly $28,000 over last year.