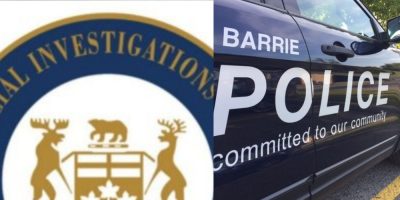 Ontario’s Special Investigations Unit (SIU) says it has found no grounds to charge a Barrie Police officer who used a taser during a standoff last fall.

Police were called November 25 to a home on Innisfil Street to arrest a 38-year-old man for psychiatric assessment.

The SIU says the man was non-compliant and threatened officers with a knife tied to a pole.

Attempts to apprehend the man were made using a conducted energy weapon (CEW) and an Anti-Riot Weapon ENfield (ARWEN). After a standoff that lasted over four hours, the man surrendered to police officers of his own accord.