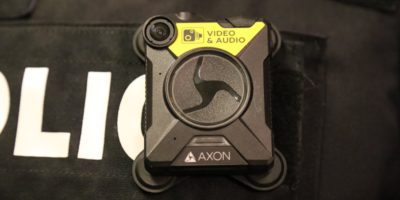 Some of the Barrie Police Service’s officers will soon be wearing body cams in a test to see how they work.

Police Chief Kimberley Greenwood said during Thursday’s Police Services Board meeting that the service should proceed with a pilot project that will see body-worn cameras issued to a number of front-line officers, after having spent some time examining the issue.

Barrie Police have been mulling over the use of body cams since 2016; the service has worked with other organizations across Canada, the United States, and the UK in researching the use of these devices, and now feels it is time to move into the pilot project stage.

“I look forward to the results of the body-worn camera pilot project and the benefits it will bring as a tool to support our commitment to community safety and our officers,” said Chief Greenwood. “We have been working on this initiative for a number of years and it’s very timely that we are ready to launch the pilot project as body-worn cameras have recently been discussed by a number of services.”

RELATED: MUCH WORK TO BE DONE BEFORE CITY FUNDS CAN BE SHIFTED FROM BARRIE POLICE TO SOCIAL SERVICES – MAYOR

Barrie Police spokesperson Peter Leon says the Service has not yet determined how many officers will be involved in the pilot or the project’s duration.

Planning on this project is already underway, and the Service hopes to begin by the fall of this year. Officials will evaluate the results of the pilot and a report will be prepared for the Barrie Police Services Board for consideration.