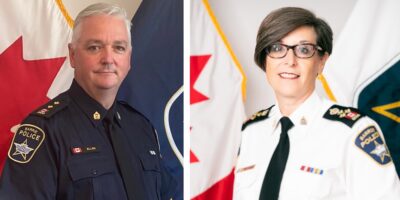 A member of the Barrie Police Service is getting a promotion, while the city’s top cop says she’s staying put.

The Barrie Police Services Board has announced Inspector Robert Allan will be promoted to the position of Deputy Chief – Support Services, effective July 29. This is a new role within the service, integrated into the 2020 budget to help meet the needs of a growing city. Current Deputy Cheif Ken Weatherill will oversee Operations as Allan looks over Support Services once he’s sworn in.

“I believe that effective police leadership is achieved by knowledge and a vision that is focused not only on the members of the Service, but also on the community as a whole, which Inspector Allan has exemplified throughout his career,” said Barrie Police Chief Kimberley Greenwood.

Meanwhile, the board announced Chief Greenwood, who was appointed as Chief of Police in 2013, will continue in this role until 2023.