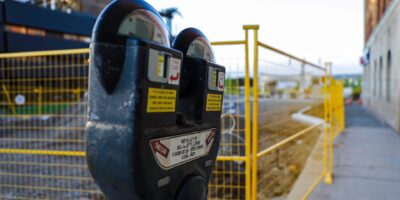 While the province hasn’t yet allowed restaurants to open dining rooms and patios, Barrie City council approved a plan to turn parking spaces into outdoor patio spaces for some of the city’s over 400 restaurants.

The Patios Everywhere Program also permits restaurants to use food trucks if patios are not viable options. The Chase McEachern Way parking lot will become a dedicated food truck location.

As the city allows patios to expand into parking lots they will also be waiving patio fees until Oct. 15. Mayor Jeff Lehman says the online approval process will be “quick and seamless.” Food truck fees will also be waived.

The restaurant sector is one of Barrie’s fastest growing job creators, employing over 10,000 people.

The city is considering turning the downtown into a ‘shopping only’ district for the summer as well.

The area between Mulcaster and Clapperton streets would be open to cyclists and pedestrians as early as June 15 and closed to traffic until October 15th.

The ‘pedestrian only’ idea was first brought up 15 years ago by the Business Improvement Area (BIA), and would ultimately hinge on BIA members’ approval.

“It’s not a new idea, but it’s a fantastic one, and a way to get more people downtown,” Gerrard said of the pedestrian plan.

He says COVID-19 may have just fast tracked the patio program, which he thinks will help struggling restaurants. “I’m in favour of anything that will help, and this may just push things ahead.”

However, Gerrard says it may already be too late for some downtown restaurants.

Gerrard says he’s fortunate that he owns his building but that he has industry friends in Barrie who have already closed because they couldn’t afford rent.

“It’s excruciating to see these mom and pop restaurants closing, look at my friends at the Foxx Lounge & Hotdoggery, they had to close after 13 years,” Gerrard said.

Even when the restaurant industry is allowed to fully reopen, Gerrard thinks it’s going to be very difficult for restaurateurs who rent their spaces.

“Forget making money, how do you cover costs?” Gerrard said. “Landlords collect rent based on square footage, so if you can’t maximize your square footage due to social distancing restrictions, how can you survive?”

One out of every two independent Canadian restaurants say they will close permanently without rent relief.

The Canada Emergency Commercial Rent Assistance (CECRA) program opened on May 25, but it’s optional for commercial landlords. That criteria has led to the chorus for a moratorium on commercial rent evictions to grow louder.

Chef Francesco Petrusa, Owner of Limoncello Bistro, rents his downtown space. Petrusa isn’t sure if his landlord has applied for CECRA. “I know he has been great through this process, he deferred our April payment when all this started.”

Petrusa says he wasn’t sure how they would survive the first few weeks. “We still don’t have the sales we want but we are just getting by right now.”

He isn’t sure how sustainable their current situation is.

“The restaurant industry in Barrie is struggling right now, so I think extending patio space is a great idea,” Petrusa said. “We hope we can fully open up soon and a larger patio would be great to keep us going.”

Around 90 per cent of Limoncello’s business is done inside the restaurant’s dining space.

“Even when things reopen we won’t be going back to the way it was anytime soon, so we as owners need help and we need the city to step in and provide that help,” Petrusa added.

Related: Fetching food yourself may keep local restaurants from shuttering

Chef Randy Feltis owns the Farmhouse, along Barrie’s lakeshore. He hasn’t been able to utilize his large patio under the government’s emergency orders – set to be extended to June 30.

Feltis thinks the patio program is an excellent idea. “Anything that allows us to stay open is cool with me,” Feltis said.

While they wait for restrictions to loosen further, Feltis says his restaurant is currently thinking of new ways to stay open.

“We held Barrie’s first ever social distancing drive-in BBQ, and the response was great.”

Fees from food delivery apps are another huge issue for restaurants.

Feltis says the 30 per cent fee Uber charges is a “big problem” for him. Feltis would rather customers pick their order up in-person, “safely.”

Restaurants Canada Vice-President James Rilett says many operators are making very-little-to-no revenue on transactions due to the size of third party delivery fees.”