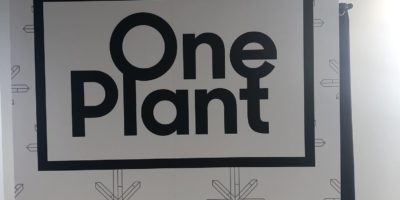 The seed was planted months ago and today Barrie’s first pot shop, One Plant, opened its doors.

Located at Ardagh and Essa Roads, about 40 people were lined up in the bitter cold waiting to get their first crack at the products.

The white and black layout gives One Plant the appearance of an Apple store or high end boutique.

“The goal is to change the stigma, change the perception of cannabis and cannabis use. Presenting ourselves in this way is an opportunity to do that.”

Staff training has been extensive. Grenville is well aware that besides regular users there will be newcomers to weed who will have questions.

“People that want full service can have a staff member talk to them and educate them when they come in. Some people will want to come in and order, work from a computer. They can do that on their own with our system.”

Grenville says anyone who uses marijuana for medicinal purposes won’t be able to access product. The store is licensed as recreational and he says they have to stay in that lane.

He says there is a buzz in the air about One Plant, as they have received well over 200 calls a day in the lead up to their opening asking about the shop and when business starts.