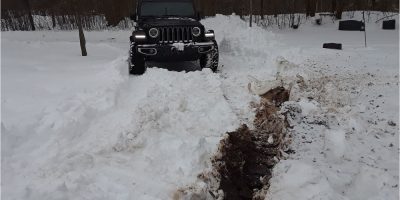 A Brampton man has been charged after a jeep got stuck in a cemetery.

Caledon OPP says a 32-year-old faces charges of disturbing a burial site and interfering with a cemetery after reports a jeep was off-roading through a cemetery in late February. The vehicle became stuck after driving over several graves and required special equipment to haul it out the next day.

Police confirm the vehicle did not damage any grave stones.

“If you feel the need to test your 4×4 capabilities, Caledon OPP reminds everyone to be aware of your surroundings and stay off public or private lands, which do not belong to you,” reads a statement from Caledon detachment. “Not only can it be an offence, but hidden dangers could exist and/or property could be damaged or destroyed.”