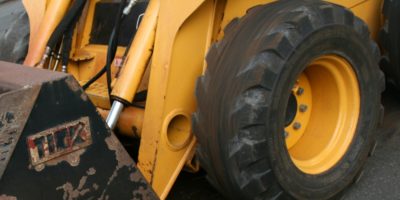 South Simcoe Police are trying to track down who stole a bulldozer.

The heavy equipment was taken from the area of Big Bay Point Road and Guest Road in Innisfil, sometime between 11 a.m. Friday, January 29 and 6 a.m. Monday, February 1.

Meanwhile, officers are investigating the theft of a car from a driveway in Bradford. The vehicle was started remotely from inside and was believed to have been locked at the time of the theft. Police say the grey Honda CRV with license plate CJMY 327 was stolen at 6:42 a.m. Monday.

Anyone with information, security camera, or dashcam footage in relation to either theft is asked to call the South Simcoe Police Service at (705) 436-2141.