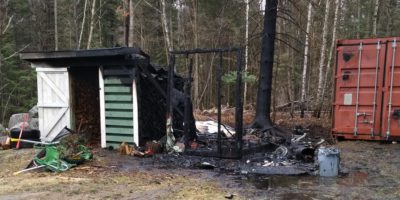 Over thirty grand in damage after its said a homeowner was burning refuse.

The Huntsville/Lake of Bays Fire Service got the call to Hughes Rd in Port Sydney just before 6:00 Sunday evening, arriving to find two sheds on fire. First responders were able to contain the fire and keep it from spreading to the nearby home.

The Fire Service says the homeowner was using a “burn barrel” to dispose of household materials, and it is suspected burning embers from the barrel caused combustible materials near the shed to ignite.

Damage is estimated at $30,000 while there were no injuries reported.