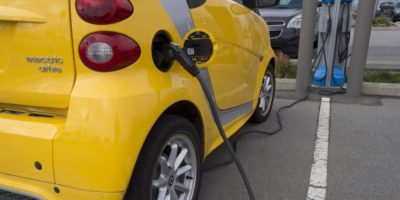 By Mia Rabson, The Canadian Press

Those targets, unveiled last week with the new national emissions reduction plan, added a goal that one in five new cars sold will be zero emissions by 2026, and by 2030, the target is 60 per cent.

That is up from the 50 per cent goal the Liberals set less than a year ago.

Brian Kingston, president of the Canadian Vehicle Manufacturers’ Association, says the unexpected change means Canada is now out of line with the United States, which is still aiming for 50 per cent by 2030.

“This industry is totally integrated throughout North America and we’ve been urging the government to work with the Americans to have shared targets,” Kingston said.

About five per cent of vehicles sold in the first nine months of 2021 were battery-electric or plug-in hybrids, compared with about three per cent in both 2020 and 2019.

Canada needs to quadruple those sales in the next four years to hit the first target in 2026.

To nudge things along, the 2022 federal budget promises to spend another $1.7 billion on electric vehicle rebates for consumers by 2025. It’s more than triple the $589 million spent on federal rebates since 2019, and higher than the $1.5 billion promised by the Liberals during last fall’s federal election.

The Incentives for Zero-Emission Vehicles program offers up to $5,000 off the purchase price of battery-electric, plug-in hybrid or hydrogen fuel cell passenger vehicles, and has proven to be immensely popular.

Electric car advocates and the auto sector agree the program is useful because the cost of electric vehicles is still higher than similar gas-powered models. Ontario’s decision in 2018 to cancel a provincial rebate tanked electric vehicle sales in that province, proving to many that rebates do make a difference.

The Liberals are promising to increase the maximum purchase price of qualifying vehicles, so new SUVs and pickup trucks qualify for the rebate, but they haven’t said by how much.

The government also hasn’t said if it will increase the size of the rebate offered — $5,000 is on the low side of rebates around the world.

Mark Zacharias, special adviser at Clean Energy Canada, said extending the rebate is a must, but he’s disappointed the government hasn’t mentioned if it will also apply to used vehicles.

“As one of Canada’s highest-polluting sectors, transportation must be decarbonized in short order,” said Zacharias in a statement.

Both Zacharias and Kingston are disappointed with the supports to expand charging stations in Canada.

The Liberals promised $700 million in their election platform to build 50,000 new chargers. The budget includes $400 million, divided evenly across five years, and it’s largely to expand an existing grant program for companies building charging infrastructure to focus more on suburban and remote communities.

“While the budget focuses on helping suburban and rural EV drivers, there is a lack of support for drivers living in apartments where charging often comes with higher hurdles,” Zacharias said. “In both these cases, we must ensure the shift to electric vehicles is not just affordable but also accessible.”

Kingston said 50,000 new charging stations is not even in the ballpark of what’s needed.

Natural Resources Canada recently received recommendations on how many charging stations are needed but hasn’t released that data yet. Previously it was targeting one charging station for every 20 electric vehicles by 2025.

Canada has about 6,800 public charging stations, but almost 90 per cent are in just three provinces: Quebec, British Columbia and Ontario.

The availability of electric vehicles has been a constant problem in Canada, with waitlists often six months to a year long. An annual survey by Dunsky Energy and Climate Advisors said in February 2021, more than half of dealerships in Canada didn’t have a single electric vehicle on the lot.

Kingston said automakers want to be on board and are making the changes needed, but he said they also need to be certain the demand will be there for the cars they are making.

If the government doesn’t make the rebates more attractive and massively expand charging stations, the manufacturers worry that demand isn’t going to materialize.