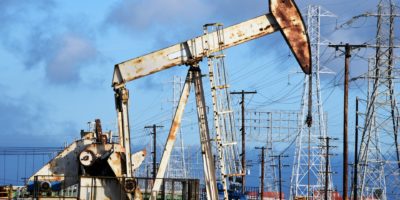 As Canadian oil and gas companies experience a global drop in demand from pandemic restrictions and the Saudi-Russia price war, the federal government announced billions in aid.

Trudeau says these ‘unused’ wells are “detrimental” to health and the environment. “Think of the farmer who can’t grow anything on his land because of an abandoned well a few steps away from her home,” Trudeau says.

Natural Resources Minister Seamus O’Regan says he knows how hard hit the oil and gas industry is. “It’s an industry facing not one but two fundamental crises,” – referring to COVID-19 and the Saudi-Russia oil price war. O’Regan says today’s announcement for the energy sector will put people to work “right away.”

The Prime Minister announced another new support program for smaller businesses “falling through the cracks.” The program will help those businesses that don’t qualify for the wage subsidy & and the emergency business account. The federal government is providing $962 million to regional development agencies and the Community Futures Network.

“This funding will help ensure that more businesses, especially smaller employers based in more rural parts of the country or those who don’t have a relationship with a traditional financial institution, are getting the support that they need,” said Trudeau.

Innovation Minister Navdeep Bains says the $270 million for Futurpreneur and the Industrial Research Assistance Program is designed to support innovators and other early stage development firms that don’t qualify for the wage subsidy, but still need help.

Trudeau also announced support for the arts, culture and sports sectors. The Prime Minister promised $500 million for Heritage Canada that will go towards wage support and funding for organizations that are experiencing “liquidity problems.”

Heritage Minister Steven Guilbeault says the money will be managed by Canadian Heritage & Canada Council for the Arts. “We’re doing our utmost to respond to your most pressing concerns to ensure your survival, stability and to allow Canadians to continue to have access to culture and sports.”

To date, 7.5 million Canadians have applied for the Canada Emergency Relief Benefit (CERB). The Prime Minister said they will continue to tweak the CERB program as needed. “We expect people to apply for the programs to which they qualify and we’re working to expand the qualifications,” Said Trudeau.

There will be 125 armed forces members sent to Quebec. Those soldiers have healthcare training and will be providing support for members of Quebec’s long term care homes.

There were reports out early Friday that a deal was reached to keep the Canadian/U.S. border closed for another 30 days. Trudeau says they’re in constant communication with the U.S. and working with the Americans to ensure the border remains secure. “We don’t feel that opening the border will happen any time soon,” he adds.

When will the economy open again?

Trudeau spoke to the premiers about the reopening of the economy Thursday night. He says there will be “regional approaches.” “There will be different approaches across the country but we’ll be coordinating on the message we send out so that it’s aligned and coordinated,” said Trudeau.

Trudeau asked about reports from China

After reports that China revised the number of COVID-19 deaths in Wuhan and withheld information about the outbreak for 6 days, the PM was asked why he hasn’t been critical of China’s reporting. As has been the case so far, Trudeau did not get dragged into the conversation. While the PM recognized there will be questions about how some countries “behaved,” he refrained from opening dialogue any further than that.

Canada Day celebrations will be “virtual” this year

The annual Canada Day event on Parliament Hill will not be happening this year, instead the government plans a virtual celebration.

Statement: In light of the current and ongoing COVID-19 pandemic in Canada and around the world, our government has decided to celebrate Canada Day differently this year, in a way that will allow us to come together virtually to share our pride in being Canadian. For Canada Day 2020, we are working with Canadian artists and artisans to put together a virtual program, reflecting our diversity and values, and showcasing the immense talent our country has to offer.