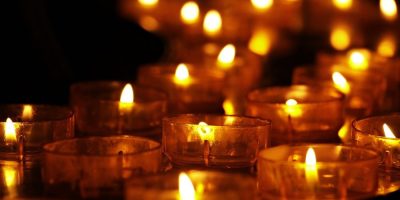 Canadians are losing their religion at an unprecedented rate, with more than a third of the country reporting no religious affiliation in the latest census, Statistics Canada revealed Wednesday.

And while the latest tranche of data from the 2021 census shows the proportion of non-religious Canadians has more than doubled in the past 20 years — to 34.6 per cent, up from 16.5 per cent in 2001 — the share of the country who identify as Christian has shrunk.

“It is fair to say that the two things that we are seeing — the growth in the non-religious population, along with the decline in people reporting Christian denominations — they’re linked,” said with Jarod Dobson, a senior analyst with StatCan’s diversity and socio-cultural statistics division.

The trend in Canada is in line with the United States, the agency noted.

“There are studies that have been done that show that over time, the importance of religion in people’s lives has decreased,” Dobson said.

For Tania Akon of Toronto, leaving behind her Muslim faith meant losing not only her guiding philosophy, but also her community.

“If you leave your community in a place like Toronto, you’re just a worker,” she said. “You try to find that meaning and connection and humanity (at work) … but that’s not a guarantee.”

In search of that connection, Akon turned to secular humanism, a philosophy-cum-community centred around human dignity. Some 11,390 people described themselves as humanists in the latest census.

The non-religious category includes people who identify as atheist and agnostic, as well as humanists and those with other secular perspectives.

Akon attended her first meeting of the secular community Toronto Oasis in 2017 and has since become one of its volunteer organizers.

Until the onset of the COVID-19 pandemic, they met weekly at an interfaith centre, hosting speakers and musicians.

“Every Sunday morning, so it’s like a church except there’s no dogma, no doctrine,” Akon said.

They migrated to virtual meetings when the pandemic began, and haven’t switched back since.

Even so, she said, the sense of community persists.

“We’re meeting a need,” she said. “It’s being organized by people like me who have the need themselves and have tried to create something to meet a need we have.”

But not every non-religious person seeks community based on their philosophy, said Lori Beaman, a professor at the University of Ottawa and the Canada Research Chair in religious diversity and social change.

“We see a kind of openness to come together around things that matter to people, like homelessness, like food banks, like conservation, and so on,” she said. “So I think that those are the ways that people are finding community in new ways.”

While in some cases those communities are online, Beaman noted that people also form community around in-person activities. Book clubs, knitting groups and sports teams are all secular communities.

“Very often, what tends to happen is there’s a characterization of non-religious people as somehow having a gap or a yearning. And I think that we perhaps want to bracket that and instead ask, simply, what are the things that people care about?” Beaman said.

Sarah Wilkins-Laflamme, an associate professor of sociology at the University of Waterloo, said the shift away from religion is largely a generational one.

Wilkins-Laflamme said many baby boomers stopped attending religious services on a regular basis but still identify with a religious tradition.

“And then as they had kids of their own and raised them, those kids didn’t necessarily attend any kind of activities with religious groups with their parents,” she said.

“And so when it was their turn to become adults, they didn’t really see the need or the point of even keeping their religious identity or affiliation if they have no practice tied to it.”

Even as the share of non-religious people is increasing, some non-Christian religions are growing, driven largely by immigration.

Islam is the second most commonly reported religion in Canada in 2021, with nearly five per cent of the population identifying as Muslim. That’s more than doubled since 2001, when the share was only two per cent.

Meanwhile, 2.3 per cent of the population now identifies as Hindu, compared to one per cent in 2001.

Those who are affiliated with a given religion aren’t necessarily practising members of that faith, Statistics Canada noted.

The agency said this year’s release presents the most comprehensive portrait of Canadians’ religious affiliations to date, as the census linked to a list of 200 example denominations for people to look at before writing in their religion, which encouraged people to be more specific.

For example, 1,645 people reported being Druidic on the 2021 census, while 4,475 said they were Neopagan. In surveys past, they would only have been identified as Pagan.

This report by The Canadian Press was first published Oct. 25, 2022. 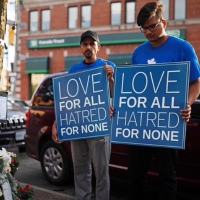