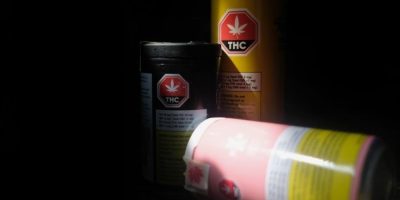 A proposal shared this month in government publication Canada Gazette would change how the cannabis content of drinks is calculated and permit more beverages to be bought at a time — a move cannabis companies, consumers and retailers have long advocated for.

One gram of dried cannabis would also be equivalent to 70 grams of non−solids containing cannabis like oils.

The change is important because the Cannabis Act allows Canadians to carry no more than 30 g of dried cannabis or its “equivalent” at one time.

Under the proposal, the quantity of cannabis drinks adults would be able to possess would increase to 17.1 litres from 2.1 litres.

“It took a long time and it’s still not exactly done yet, but we’re relieved to see that the government has taken stock of the situation and we were really pleased to see the content that they brought forward,” said George Smitherman, the president and chief executive of the Cannabis Council of Canada.

“It could make for a different kind of May two−four. That would be nice.”

His council started pushing for the change last year, after it found regulations allow shoppers to purchase 17 cannabis vape cartridges with a combined 5,950 mg of tetrahydrocannabinol (THC), pot’s psychoactive component.

Consumers could also buy 100 bottles of marijuana oil spray with 50,000 mg of THC in a single transaction.

But those buying pot drinks found themselves more limited because of how equivalencies were calculated and because single cannabis beverages sold in Canada must also contain no more than 10 mg of THC.

The laws left consumers able to buy no more than five 355mL cans of pot drinks with 2 or 2.5 mg of THC in each, but able to purchase nine beverages that come in 222 mL cans with 10 mg of THC.

“It wasn’t working and was suppressing the capacity of the consumer to try the products out.”

Garnering new cannabis customers has been tough because pot companies are extremely limited in how they can market their products due to laws that aim to make substances like marijuana less appealing to anyone under age 18.

The COVID−19 pandemic dealt the industry an added blow, when it temporarily closed cannabis stores and encouraged other consumers to stick to online shopping, thus limiting the ability to stumble on new products in shops.

Lisa Campbell, chief executive at cannabis marketing company Mercari Agency, said cannabis beverage sales have not been doing well, in part because consumers want to be able to buy more products with a higher THC content.

“On the West Coast, 10 milligrams is seen as a microdose. It’s not even seen as what you need,” she said.

That’s why many people are still turning to the illicit market, where they can find higher THC products, she added.

Campbell doesn’t see the government’s proposal as a solution to the industry’s gripes about cannabis equivalency. Instead, she called it “pure optics” and the government’s way of placating companies.

“It’s 100 per cent a false flag for progress because beverages are still limited to 10 milligrams of THC,” she said.

“We should be focused on increasing the THC limit so that consumers don’t have to go to the legacy market in order to buy edibles that meet their needs.”

This report by The Canadian Press was first published March 14, 2022.