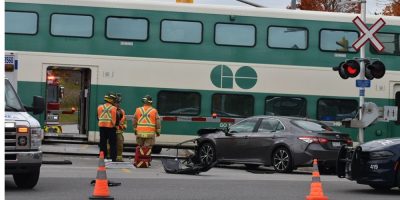 According police, it happened around 11:15 Sunday morning at the Hurst Drive and Little Avenue crossing.

The train was headed southbound to Union Station.

Leon did not have word on whether charges would be laid.