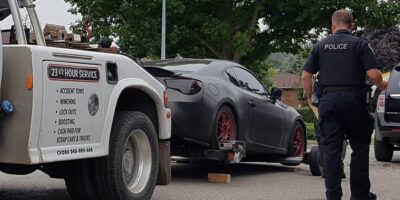 Here’s someone who might need a few lessons in safe driving.

The South Simcoe Police Service said on Wednesday afternoon a 24-year-old man is facing charges after police clocked a vehicle surpassing 100 kilometres an hour near a school zone in Bradford.

Officers say the vehicle hit a speed of 112km/h in the area of Catania Avenue and Simcoe Road, where the posted limit is 50km/h.

The Bradford man’s licence was suspended and vehicle impounded, both for seven days.