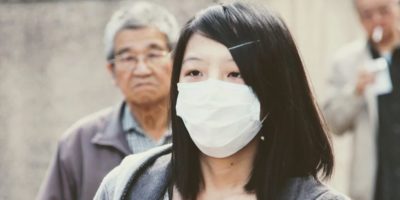 The U.S. Centers for Disease Control and Prevention has confirmed the first case of coronavirus in the United States. After returning to Seattle, Washington, from traveling in Wuhan, China, a man in his 30s began to experience pneumonia-like symptoms, the CDC announced Tuesday.

“Based on the patient’s travel history and symptoms, healthcare professionals suspected this new coronavirus. A clinical specimen was collected and sent to CDC overnight, where laboratory testing yesterday confirmed the diagnosis,” the CDC said in a press release.

The man is being treated at a hospital in Everett, outside Seattle, and is in good condition.

“(The patient) is in good condition and is hospitalized out of an abundance of precaution and for short-term monitoring, not because there was severe illness,” Washington state health officials said.

Many of the patients in China are believed to have gotten sick after spending time at a food market in Wuhan, a city of 11 million people. But according to officials, the U.S. patient reported that he was “just traveling through the area,” and did not visit the market or know anyone who was ill.

State health officials said the man did not take a direct flight from Wuhan to the U.S., but did not say which airports he flew through to get to Seattle-Tacoma International Airport on January 15. Washington Governor Jay Inslee said Tuesday night that the man fell ill a day after arriving in the U.S., and sought medical treatment on the same day. He added that the man lived alone and traveled alone.

Inslee told reporters that despite the confirmed case, the risk for the rest of the population remained low at the time. “This is not a moment for panic or anxiety, this is a moment for vigilance,” he said.

On January 17, the CDC and the Department of Homeland Security’s Customs and Border Protection implemented “enhanced health screenings” at the three U.S. airports that receive most of the travelers from Wuhan: San Francisco (SFO), New York (JFK), and Los Angeles (LAX) airports. The CDC plans to add screenings at Atlanta (ATL) and Chicago (ORD) airports this week.

The screenings only affect travelers coming to the U.S. on direct or connecting flights from Wuhan, China, but all passengers from Wuhan will have to pass through one of the five airports. The CDC has also sent three people to Washington state to start screening people who’ve been in contact with the patient there.

The virus was originally thought to be spreading from animals to people, but CDC officials now say there is evidence that “limited person-to-person spread is happening.” Nine deaths from the virus have been confirmed so far, according to The Associated Press. In addition to the U.S., cases have been reported in China, Thailand, Japan, Taiwan and South Korea.

Last month, patients experiencing fever, cough, and difficulty breathing began cropping up in Wuhan, in central China. More than 275 cases have now been confirmed in China, according to the World Health Organization.

Dr. Nancy Messonnier, director of the CDC’s National Center for Immunization and Respiratory Diseases,  told reporters Tuesday that news of the first U.S. case “is concerning.”

“We expect additional cases in the US,” she said.

The CDC is raising the travel health notice from level 1 to level 2, warning older patients with underlying health conditions that they may be at increased risk for severe disease.

What is a coronavirus?

The viruses are transmitted from animals to humans — the virus that causes SARS, for example, was transmitted to humans from a cat-like animal called a civet. But in some instances, as appears to be the case with this new strain of coronavirus, they can also be transmitted between humans.

The World Health Organization said there are multiple known coronaviruses circulating in animals that have not yet been transmitted to humans.

How did the new strain start?

The outbreak began in Wuhan, a city of 11 million people. Many of the patients have reportedly been linked to Hua Nan Seafood Wholesale Market, a large seafood and animal market in the city, according to CBS News’ Ramy Inocencio. But a rising number of people have apparently contracted the virus without exposure to the market, according to Chinese officials.

The market was closed on January 1, 2020 for “environmental sanitation and disinfection,” according to the World Health Organization. 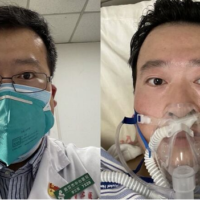