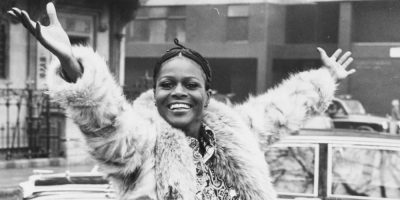 Cicely Tyson, the award-winning actress who trailblazed a career across several decades and appeared in countless TV shows, films and Broadway plays, died Thursday at age 96, according to her manager. Tyson’s role as a sharecropper’s wife in the film “Sounder” landed her an Oscar nomination in 1973.

“With heavy heart, the family of Miss Cicely Tyson announces her peaceful transition this afternoon,” Tyson’s family said in a statement from her manager. “At this time, please allow the family their privacy.”

Tyson, who first entered the spotlight as a model, was well-known across the entertainment industry, earning two Emmy Awards — best lead actress in a drama and best actress in a special — for her role as a former slave in the 1974 TV drama “The Autobiography of Miss Jane Pittman.” In a defining moment of the film, Pittman walks up and drinks from the whites-only water fountain.

“Well, when I’m working, I just tell everybody. I said, ‘I don’t care what you see. Please don’t tell me about it … because I work so organically,'” Tyson said. “So, the next day, when I came on the set, I knew something had happened. And I simply said, ‘Please don’t tell me. I don’t want to know …’ and people were talking about the walk. I said, ‘What walk?'”

In 1994, she won a supporting actress Emmy for her role in “Oldest Living Confederate Widow Tells All,” and a Tony Award in 2013 at age 88 for best leading actress in the play “The Trip to Bountiful.” She starred alongside Vanessa Williams, who was inspired by Tyson’s work ethic, according to a 2015 interview.

“She did not miss one performance ever. … There’s no excuse to not show up when Cicely Tyson can show up every day,” Williams said at the time about Tyson.

Tyson was among a group of 21 actors, musicians, athletes and innovators in 2016 who were awarded the Presidential Medal of Freedom — the nation’s highest civilian honor — by former President Obama.

“In her long and extraordinary career, Cicely Tyson has not only succeeded as an actor, she has shaped the whole course of history,” Mr. Obama said at the presentation, per ETonline. “Cicely was never the likeliest of Hollywood stars. The daughter of immigrants from the West Indies, she was raised by a hardworking and religious mother who cleaned houses and forbade her children to attend the movies. But once she got her education and broke into the business, Cicely made a conscious decision not just to say lines, but to speak out.”

Also in 2016, Tyson was celebrated with a Kennedy Center Honor for her contributions to American culture, paving the way for African Americans in the industry.

In 2018, she was awarded an honorary Oscar statuette at the annual Governors Awards, according to The Associated Press. “I come from lowly status. I grew up in an area that was called the slums at the time,” Tyson said at the time. “I still cannot imagine that I have met with presidents, kings, queens. How did I get here? I marvel at it.”

In 2020, Tyson was inducted into the Television Academy’s Hall of Fame and received a Career Achievement Peabody Award.

Her memoir, “Just As I Am,” was released on January 26, the same day that “CBS This Morning” aired an interview between the iconic actress and Gayle King, where Tyson was able to reflect on her roles.

“Whenever I’m offered a script … what I’m interested in when I get it is, ‘why me?'” she said. “Who was that character and why did they want me to play it … and when I get to the point where I feel like her skin has fitted my arm or my mind, then I know there’s something about her.”

Born in 1924 to West Indian parents, Tyson said she was a very shy child, the youngest of three. AP said her parents had moved from the island of Nevis in the Caribbean to New York City’s East Harlem neighborhood. At an early age, her friends urged Tyson to take up modeling because of her striking looks.

The journey to stardom, as she recounted to Gayle King, wasn’t an easy one. Tyson became pregnant when she was 17 and had a short marriage that lasted just over two years. Her decision to begin an acting career as a single mother brought conflict at home, including her mother kicking her out of the house.

“Oh, she told me I couldn’t live there and do that,” Tyson said. “Suddenly I found something that I loved to do. And I had a child to support.”

Tyson made her on-screen debut at age 31 in the 1956 black-and-white film “Carib Gold.” Through sheer determination, her career blossomed after landing the headline role of playing the wife to a sharecropper in “Sounder” — the 1972 film based on the William H. Hunter novel. Her character was confined in jail for stealing a piece of food for the farmer’s family and was forced to care for their children and attend to the crops.

At the time, a review from The New York Times read: “She passes all of her easy beauty by to give us, at long last, some sense of the profound beauty of millions of Black women.”

In Tyson’s memoir, she speaks of her love story with jazz great Miles Davis, who put her on the cover of his 1967 album, “Sorcerer.” The two married in 1981, but divorced less than seven years later. However, their romance spanned decades. Tyson told King that she was never able to find a love like that again.

At age 96, Tyson was asked by King what it’s like to be considered a legend.

“I’m amazed every single day I live,” she said. “I mean, what my life became is not what I expected … I had no idea that I would touch anybody.”

When King asked Tyson: “When the time comes, what do you want us to remember about you?”