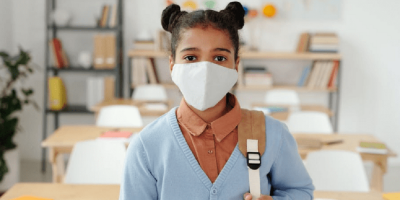 A group of health experts from across Ontario has released a joint statement saying the Ontario Government should have agreed to a regional reopening of in-person learning.

The Children’s Health Coalition, a group composed of children’s health organizations including Sick Kids Hospital, Children’s Hospital London, Children’s Mental Health Ontario, and Empowered Kids Ontario, says the Ford Government did not act on the advice of health experts. “As leaders in children’s health, we are deeply disappointed that Ontario has not acted upon the broad consensus for a regional reopening of in-person learning,” reads the statement released after Premier Ford announced no return to face-to-face learning this academic year. “This consensus included children’s healthcare, public health, scientific experts and teachers’ organizations.”

The coalition points out kids in Ontario have been out of school the longest. “In the past 15 months, Ontario public school students have only been in school for approximately five months. There are few places in the world where kids have been out of school more than Ontario, and no other Canadian province has had school closures this long.” Premier Ford pointed out on Wednesday that no other province has the number of students Ontario does.

On Wednesday, Premier Doug Ford announced students would not return to in-person learning before the end of this academic year. His announcement came following wide consensus among medical officers of health that face-to-face learning should resume despite the limited time left in the school year. Ford said, despite reaching out to health experts province-wide, he was not reassured that there wouldn’t be thousands of new cases across Ontario as a result of school reopening this year.