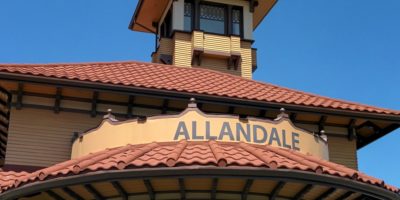 The Ontario Superior Court has dismissed all claims against the City of Barrie and named individuals in lawsuits filed more than a decade ago regarding the Allandale Station lands, according to a statement from the City on Wednesday.

Correct Group Inc. launched a $40 million lawsuit against the city in December 2011 when a deal related to the Allandale Station fell through. The suit sought various relief, including damages for breach of contract related to negotiations for the purchase and development of the Allandale Station lands, located on nearly 9-acres that face the waterfront in the area of Lakeshore Drive and Tiffin Street.

At the time, Correct Group Inc. was working on a partnership with the city and the YMCA to build on the site.

In December 2013, Correct Group Inc. and Correct Building Corporation commenced another lawsuit against current and former staff of the City of Barrie, current and former City Councillors, a consultant of the City of Barrie, and other defendants and sought damages related to those individuals’ involvement in the negotiations for the purchase and development of the Allandale Station lands.

The claims were dismissed by the court on Tuesday.

“This is a great day for Barrie,” said Mayor Jeff Lehman in a statement. “The City never backed down from this lawsuit because we knew we acted properly. It took us over a decade, but finally our efforts and patience have been validated. I want to thank our staff and our legal team for their tremendous efforts over the years to get here.”